Here it is guys! Matt Reeves just posted the Batmobile with Robert Pattinson standing alongside in his Batsuit. We can see that Bruce Wayne will be driving a muscle car. The photos are absolutely perfect. I love the car aesthetic, this is so badass & incredibly unique, it is something that really hasn’t been seen before in the films. Again, Matt Reeves has nailed it! What do you think about it? Enjoy 😀 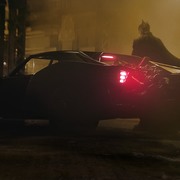 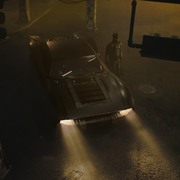 Christopher Nolan said, “We’re crossing a few different genres“! So here is the first look of Robert Pattinson, John David Washington and Elizabeth Debicki in ‘Tenet‘. Rumor has it a “Tenet” trailer will be dropping online tomorrow, so fingers crossed! Warner Bros. will release “Tenet” in theaters nationwide on July 17, 2020. Enjoy 😀 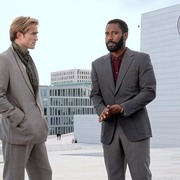 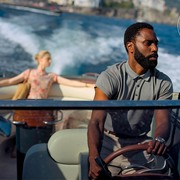 Robert Pattinson is one of his generation’s most versatile actors and he’s now playing King Louis de France (The Dauphin of France) in his new movie ‘The King‘. You can now watch it on Netflix. Enjoy 🙂