Good morning, Robert Pattinson was interviewed by a French Magazine, Sport & Style. He talks about his father, masculinity, stress, English boxing and more. I’ve translated the full interview below. I’ve also added two new MQ photos of Robert Pattinson for Dior Homme 2020. These photos are from the Dior 2020 Photo Book. I hope we will have them soon in better quality! Enjoy 😀 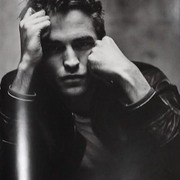 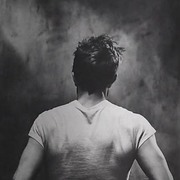 ROBERT PATTINSON: As a child, I was fascinated by classical male figures. Jack Nicholson, Marlon Brandon, Jean-Paul Belmondo…all actors at ease with themselves, at the antipodes of the shy person that I was. My father didn’t look like those profiles. He’s very funny, eccentric. He’s a good person, very intelligent, but it took me a long time to understand his behavior and strangeness. When I was a teenager, I was fascinated by ultra-confident people because that’s what I was looking for. But as time goes by, I now prefer beings who evolve a little on the fringe, so that they can serenely observe things and other people.

SPORT & STYLE: For Robert Pattinson, these rather rare people don’t need to be the centre of attention, they have their own thoughts which gives them a certain form of autonomy. “Everything my father is.” said Robert.

SPORT & STYLE: In this paragraph, a sociologist talks about the fact that men are no longer in the fascination of a “guy” model. She says that men who are not traditional male is not a flaw. Robert Pattinson, on the other hand, is convinced that it is more comfortable to be a man today than it was in his father’s time.

ROBERT PATTINSON: Life is always more difficult when you are refused to explore a minimum of your identity. If society expects you to behave in a certain way, to stay in that box that doesn’t suit you, life becomes hellish.

SPORT & STYLE: For the actor, life becomes boring if you have to stay the same person all the time.

ROBERT PATTINSON: Today, you have the right to blossom, but the challenge lies elsewhere, in the astonishing number of choices available to you.

SPORT & STYLE: The sociologist speaks in this paragraph to say that it is imperative to disappear into the world in order to exist, to make a place for oneself. Today, moving forward in life is equivalent to building self-affirmation.

ROBERT PATTINSON: There are so many ways to live a man’s life, it can become stressful. But I much prefer this stress to the stress of a young man fifty years ago.

SPORT & STYLE: In the latest Dior Homme video, directors Guillaume and Jonathan Alric film a free man who engages in stylish role-playing to please the woman he loves. A man ready to take on any face, with a racy, casual look.

ROBERT PATTINSON: Let’s say I’m filmed there at the extreme point of the self-confidence scale, with a form of bravery, very little doubt. A state in which you feel free to do what you want, without having to prove anything.

SPORT & STYLE: Robert Pattinson sometimes envies people who are able to dance freely, without fear of the other’s gaze. A total star on the screens, Robert Pattinson openly confides his sickly shyness in real life.

ROBERT PATTINSON: I was terrified of the dance scene itself. I never dance with anyone. I had to force myself. On D-Day, I ran away from everyone, looking for every dark corner to hide in. Finally, I took a shot of tequila and threw myself into the water.

SPORT & STYLE: The result is pretty cool. “Probably the talent of the directors“ answer Robert.

ROBERT PATTINSON: I appreciate the freshness of the perfume. I don’t like overly powerful fragrances, they make me claustrophobic. I only wear perfume on holidays or for events. It’s an eau de toilette that makes me feel more alive, awake and confident. As if I was wearing it from the inside. It acts like an aura and I like it.

SPORT & STYLE: On the preparation, prior to a very physical shoot, he mainly tells about the English boxing classes.

ROBERT PATTINSON: It’s a sport I’ve been enjoying watching for the past two years. I love the way the matches are staged, the attitude of the fighters, the nobility that comes out of the whole. Right now we are witnessing the rebirth of the charismatic boxer.

ROBERT PATTINSON: I love running because it doesn’t involve any particular headache. No need to force yourself to listen to an entire podcast. Luckily, I’ve never had to do much physical training with filming, until this year when I was asked to become significantly more muscular. So I started training with this goal in mind. I knew I would have to lift my shirt. I mostly practiced core strength exercises because it’s very effective, and I experience it as a kind of meditation. More generally, I’m asked to lose weight very quickly. So I became a master in the art of slimming in two weeks.

SPORT & STYLE: And in the bathroom, what kind of man is he?

ROBERT PATTINSON: With age and wrinkles coming, I now enjoy facials. Today, if I need to be offered something, I ask for a spa treatment without hesitation. At home, I like to make myself a film mask that comes off like a sheet. I also do it when I fly, so I don’t feel completely dry and dehydrated when I get off the plane. I never would have imagined this five years ago.

“Man changes with the times, but you also change a lot over the course of a lifetime.” – Robert Pattinson